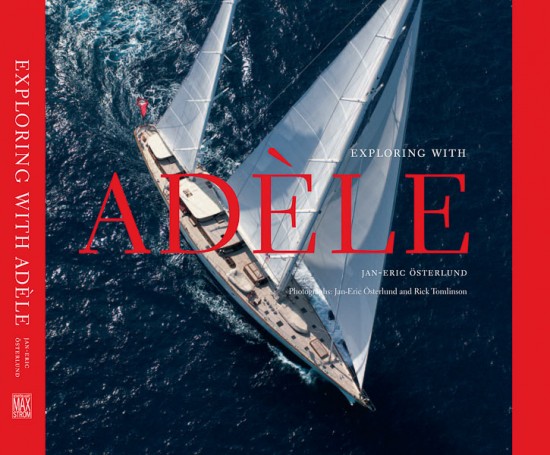 Excerpts from the back cover. . .

This is a magnificent photographic account of an extraordinary voyage on one of the most beautiful super-yachts in the world. The book includes nearly 400 pictures of some of the most exciting ocean enviromnents on the planet, ranging from the islands north of Svalbard to Antarctica and from the Galapagos to Fiji and Vanuatu. Sit back and enjoy this amazing voyage.

From the inside front flap. . .

Adèle is one of the world’s most famous super-yachts, a magnificent beauty that plies the oceans with the grace of a thorough-bred. The author and photographer Jan-Eric Österlund has sailed this extraordinary yacht from the pack ice in the Arctic Ocean in the north, to Antarctica in the south and from the Mediterranean in the East, to New Zealand in the west. Together with photographer Rick Tomlinson, he tells the tale of this wonderful journey, which is illustrated with some 400 pictures. They visit legendary places – including Spitsbergen, the Galapagos Islands, the Marquesas, Fiji and Antarctica – they meet people from many different cultures and they encounter polar bears, albatrosses, penguins and whales; in short, some of the most beautiful and exciting places and creatures on the planet.

Impressions of the Colorado Plateau

Excerpts from the back cover. . .

The Colorado Plateau is the largest sandstone plateau in the world. It is a world full of colourful and bizarre formations sculpted by water and wind. Jan-Eric Österlund takes us on a photographic odyssey from Grand Junction to Sedona.

From the inside front flap. . .

The Colorado Plateau covers an area of 130,000 square miles and part of the states of Colorado, Utah, Arizona and a little bit of New Mexico. Through it runs the Colorado River. The Plateau is the largest sandstone plateau on earth. Shaped by the elements into wonderful forms: arches, bridges, windows, spires, hoodoos and goblins. Cut by the rivers and streams into deep ravines and canyons of which Grand Canyon is the mightiest. Raised by volcanic eruptions into mountain ranges.

Jan-Eric Österlund’s images capture the interplay of form and light on these spectacular creations with their saturated colours of ochre, red and orange against a blue sky as he tells the story of their geological history.

This is Jan-Eric’s unique perspective. His way of seeing the light and his view of Nature’s evocative grandeur guides us through the journey. Impressions of the Colorado Plateau is an unforgettable essay in words and colours, a true homage to the splendour of this humbling wonder of the world.

Jan-Eric Österlund is an explorer at heart. An adventurer, photographer and author, he has degrees in engineering and business administration and started his career in academic research before entering the business world. He chaired a public investment company in Sweden before moving to England in 1983 building up a venture capital group investing mainly in medical technology and biotech.

His first adventures at sea were made at a very tender age in small sailing boats on the narrow inlets that break up the Swedish coastline. He later developed a keen interest in yachting, and after several years of sailing in Scandinavia, he built the eighty-foot sloop Swedish Caprice, which he sailed for three months a year, over a period of fifteen years. He voyaged in Alaskan and Canadian waters, the Far East, the South Pacific and in the Indian Ocean, but also in more familiar yachting waters such as the Mediterranean, the Caribbean and along the New England coast. Between 2005 and 2007 Jan-Eric and his wife Jennifer lived on board Adèle, a 180-foot ketch with a sail area of 1,5550 square meters after their marriage outside Göteborg in Sweden in Summer 2005. They spent a considerable amount of time at sea, visiting Lofoten, Spitsbergen, southern Europe, the Caribbean, Panama, the Galapagos Islands, the South Pacific from French Polynesia to Vanuatu and New Zealand. They sailed back via Cape Horn, the Antarctic, the Falkland Islands and South Georgia before returning to the Caribbean by way of Brazil. Their two-year voyage covered a distance corresponding to one Atlantic crossing each month.

His first book, Exploring with Adèle, chronicles his two-year round the world voyage with his wife Jennifer, in the eponymous 180-foot ketch that he helped design and commissioned. Adèle won several international prizes and Jan-Eric’s accounts of their voyages on Adèle have been published in a number of yachting magazines with his photos together with the renowned yacht photographer Rick Tomlinson, who took part in some of their voyages.

Jan-Eric Österlund has given speeches and slide show presentations about their sailings for Boat International’s Yacht Design Symposium in New York, for the yacht Vision international symposium at Auckland and in Holland, united Kingdom and Sweden.

As a photographer his main interest is landscape photography and his portfolio on this web site illustrates the diversity of his travels and his photographic vision. His second book, Impressions of the Colorado Plateau, is a photographic account of the largest sandstone plateau on earth and its incredible beauty. 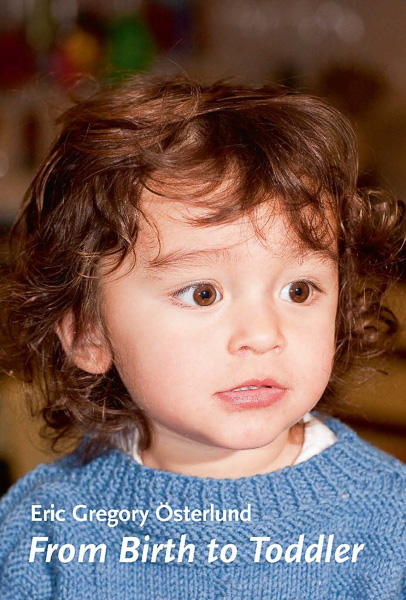 From Birth to Toddler (by Eric Gregory Österlund as told to his Papa, when Eric was still a toddler)

Excerpts from the inside front flap. . .

“FROM BIRTH TO TODDLER is the debut book by what the critics believe is one of the most interesting authors of our time. His sensitive treatment of the subject of birth and growing up and his description of his relationship with his loving but very dominating parents touches every soul.

Eric Gregory Österlund takes the reader through a journey in time and space, but it is the insight he gives the reader of his inner feelings that really captivates you. His meetings with famous characters (like his Lola and Cousin Mikee and his Godparents) are described with Eric’s typical charm, and the story exudes warmth that will engage the reader until the very last page.

The story is illustrated by a good selection of photographs that have been chosen by the author. He has done so wisely, as at least 90% of the photos depict Eric Gregory himself, a subject we cannot have too much of!”

Eric Gregory Österlund has a long and distinguished career behind him (as far as toddlers go), mainly as a model for his father’s endless photography, but also as a writer. He is judged by many to be a future politician, as he speaks more than intelligibly. He is a family man at heart and lives with his mother and father in rural Devon.

When Eric Gregory isn’t working on a new book, he enjoys outdoor life. He exercises regularly and his garden walks are famous. He has a great sense of humour. He loves driving cars and lawn mowers, but his success in this area has so far been slightly restricted by the fact that he cannot reach the pedals yet.

Eric Gregory is an experienced worldwide traveller but is always happiest returning to his beloved Knightstone Manor. 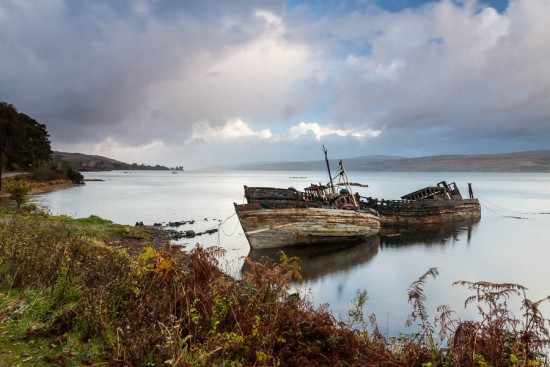 An essay about the Scottish Highlands as it appeared in Essential Marbella May 2011.

Glimpses from the Highlands

The unabridged article from the same journey through the Scottish Highlands. 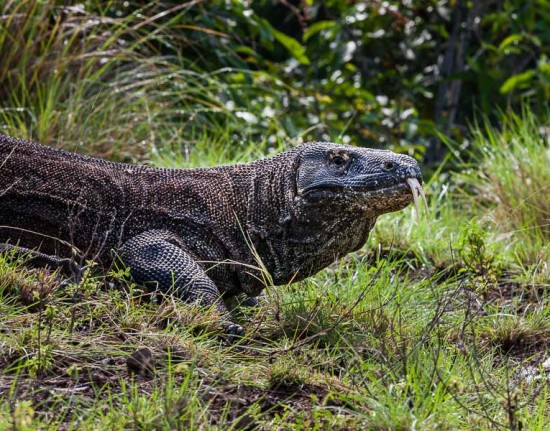 Along the Ring of Fire

A voyage aboard Christina G along the Indonesian islands from Bali and eastwards along the volcanic island chains (the Ring of Fire). The article was published in Boat International in September 2011. 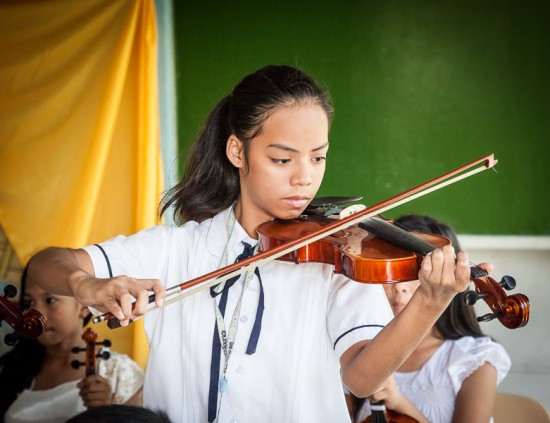 An article about our charity in the Philippines written in Swedish for the magazine for the Swedish Church in London. 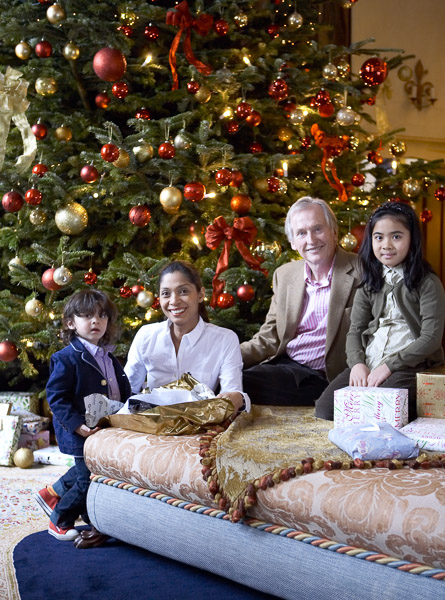 An article published in Period Living December 2011 about Christmas at Knightstone Manor, written by a journalist for the magazine and with photos by Paul Ryan-Goff. 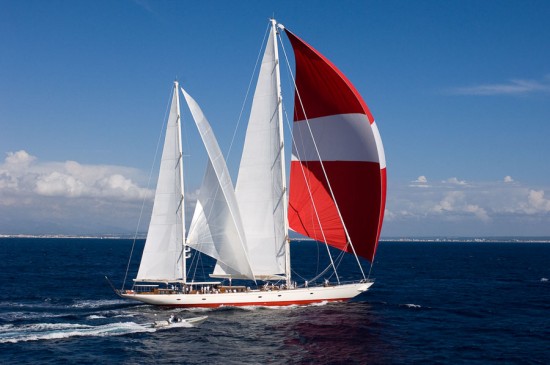 Selection of Articles about Adèle

The launch of Adèle in 2005 was a big event not only in our life but also in the yachting world and most yachting magazines had an article about her. Her subsequent voyages to faraway places further strengthened the interest in her. She also won several awards as the best designed sailing superyacht. I have selected a few of the many articles published about her and her voyages.

The yacht Report 2006: Explorer and Beauty »

How to buy the books